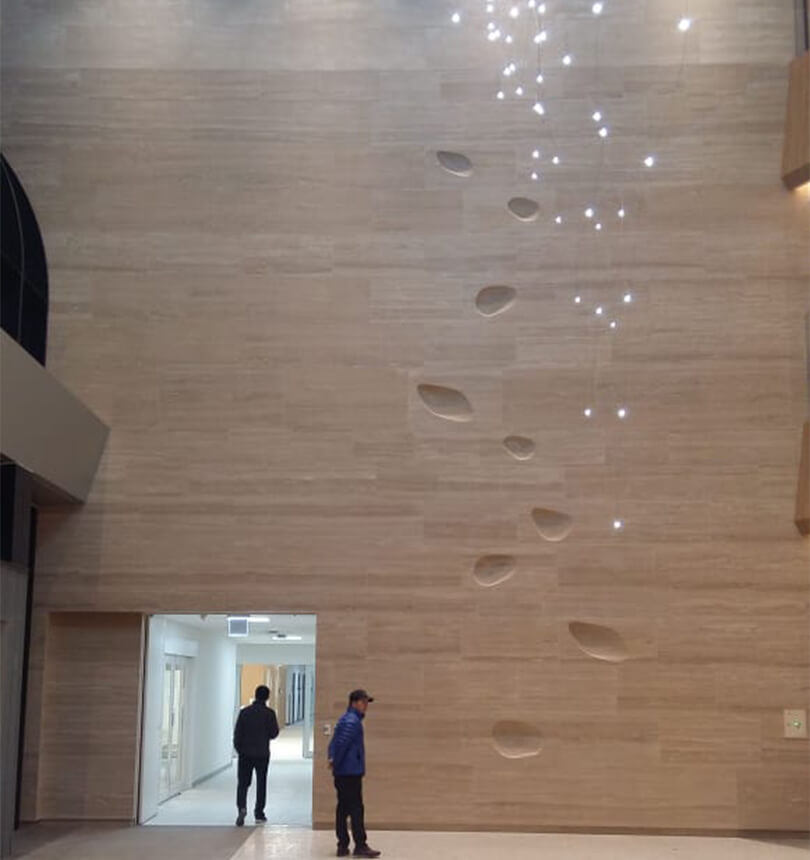 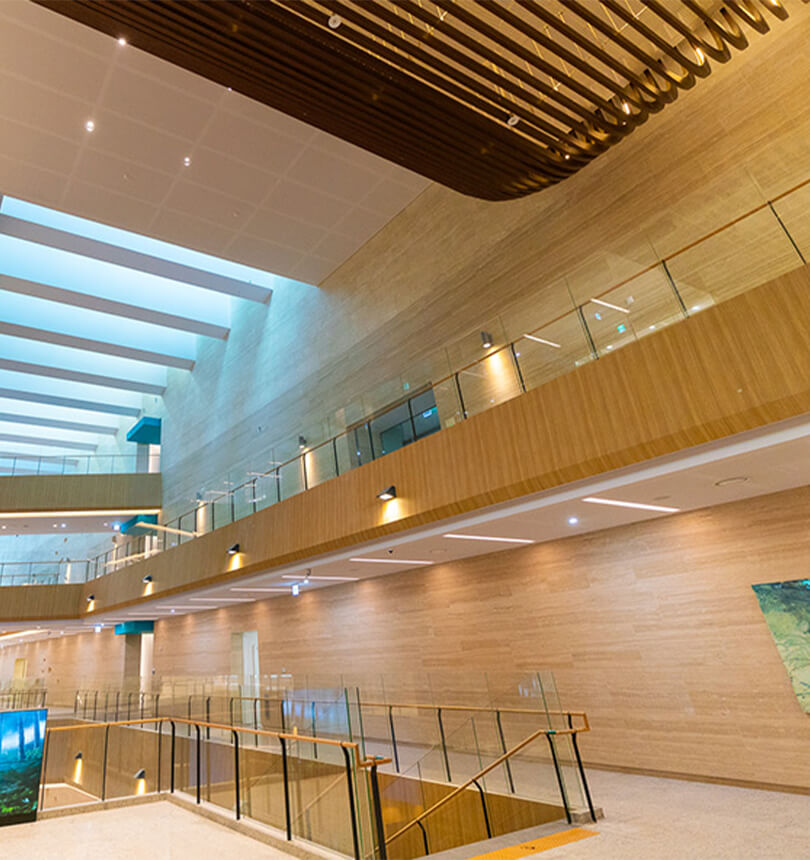 In 2017, Saturnia Travertini Italia was asked to tender for supply of over 2000 m2 of material for an extensive interior cladding project for the brand new Ewha Womans University Hospital, being constructed in Seoul, South Korea.

The Ewha Womans University was founded in 1886 as the first modern educational institute for Korean women, and has since expanded to become a major medical services provider within South Korea, with the University Hospital in Seoul intended to serve as a state of the art hub for international patient care and treatment of chronic illnesses.

Samples were requested from a number of suppliers and were tested by the University for fitness for purpose. Following the testing, STI was selected on the basis of the results, and a team consisting of the client, the designer, architect and main contractor flew to Rome and visited the quarry site to personally select each slab to be used in the project. An inspector was also sent in the early stages of shipping, but this practice was terminated as the university was satisfied by the existing quality control and customer service procedures of STI.

The cladding design was inspired by falling pear tree leaves, as Ewha means ‘the pear tree’ in Korean. A series of indents represented the image of a pear leaf, and the designers selected different types of stone, our Bianco Maremma, a Romano classico, and our own Montemerano Classico, to change the visual tone and create a tiered effect of ever darkening shades down the wall. This was intended to represent a common Korean motif of falling leaves in a sunset.

Production began in March 2018 with the final shipment arriving on site in December 2018. STI is proud to have been a partner with such a respected and venerable Korean institution and to have participated in such a worthy project.